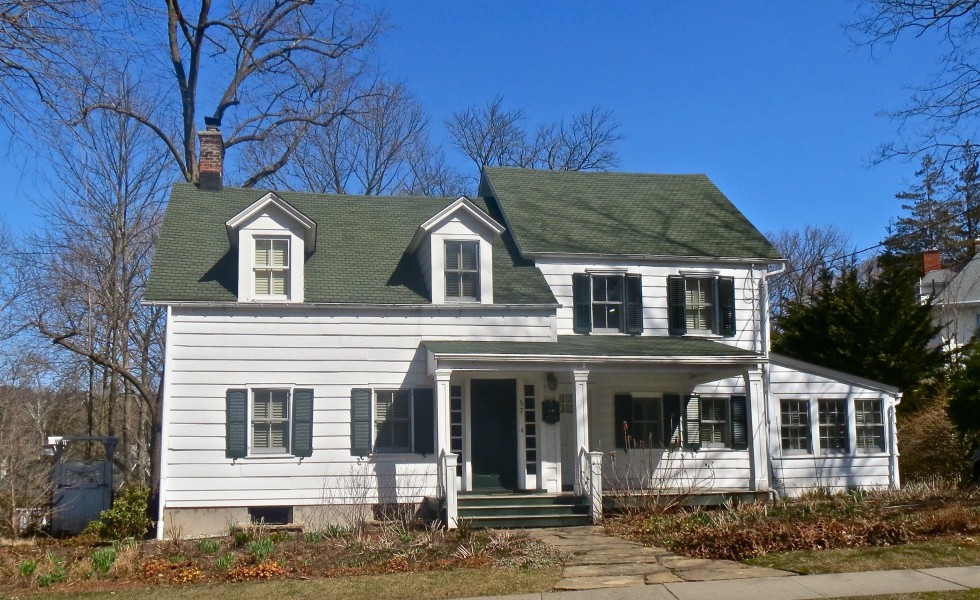 Visual inspection of this home suggests a date of the latter half of the 18th century with a possible construction date of 1765.  The oldest portion of the house is 1½ stories with a side-facing gable roof.  There is a two-story, side-facing gable addition to the east. This portion likely dates to the first half of the 19th century.  A single story shed roof addition joins this portion of the house to the east.

The Gildersleeves, a family of English origin, were among the earliest landholders in the area. John Gildersleeve (1706-1790) was brought, as a child, to East Jersey by his father, Asa Gildersleeve, from Hempstead Long Island. John eventually owned extensive lands used for farming and cattle in the mountain district of Newark, which included the South Orange/ Jefferson Village area. A deed dating to 1753 refers to the Crooked Brook and mountain road and very well may cover the land on which 57 Jefferson Avenue is built. John was a founder of The Mountain Society, a satellite church of First Presbyterian Church in Newark, and a key influence in the settlement of the area.

John’s son Ezra (1740-1810) was also a successful farmer in Orange (including the Jefferson Village area) and was a member of The Mountain Society. His grave as well as his father’s is found in the First Presbyterian Church cemetery in Orange. A deed dating to 1786 refers to a transfer of land by John to his son Ezra.

Upon Ezra’s death in 1810, he bequeathed to his son Joseph (1775-1846) “all those lots of land and buildings on the north side of the road upon which he now liveth.” Joseph would have been 35 years old. This could very well refer to the dwelling at 57 Jefferson Avenue and indicate that it was standing prior to 1810. Joseph probably farmed and according to one reference, wove rag rugs. In addition, in 1810, he was called to head up the Jefferson Village Baptist Society as its minister.