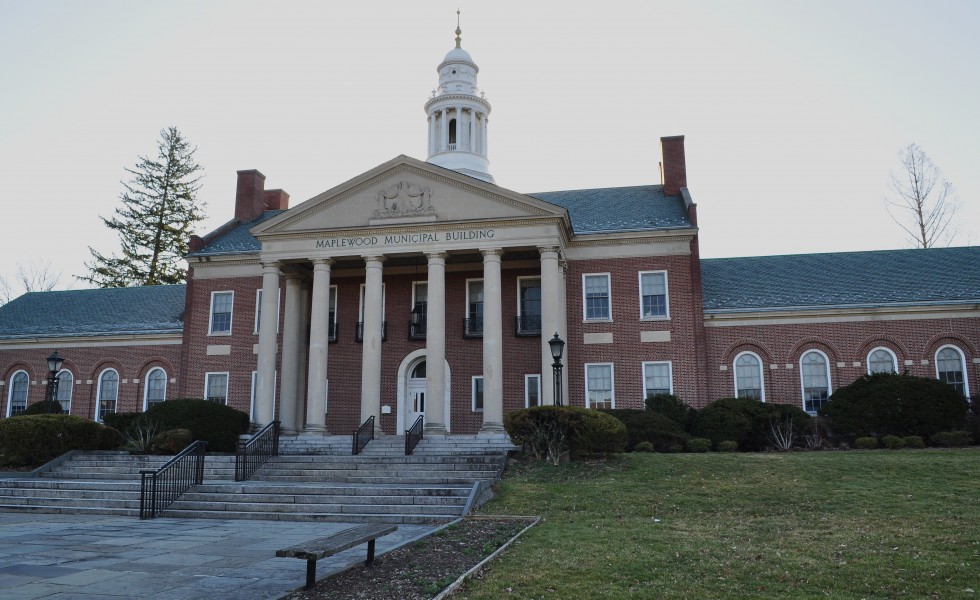 The Georgian Revival style Maplewood Municipal Building dating to 1930 is the crown jewel of the Township and of the civic center. Visible from many points in the Township, the dominant feature of the municipal building is the white wood cupola and impressive limestone Doric colonnade with full entablature. The building sits on a broad lawn facing Valley Street and Memorial Park. There is a wide slate walkway with steps leading to the main entrance, numerous old trees and shrubs on the lot and a flagpole on the northern lawn in front of the building. A pyramidal stone memorial to war veterans is located on this lawn as well. Behind the building are a large parking area, an open lawn and the town greenhouses.

The Village of South Orange had separated from South Orange Township in 1904 and to prevent confusion, the official name of the town was changed to the Township of Maplewood in 1922. During these early years, community leaders set out to establish a civic center that would define the developing Township. The idea of a central civic center had become an important asset to municipalities during the early 20th century, when the ideas of the City Beautiful movement became popular throughout the country. In Maplewood, this civic center, including the park and the municipal buildings, was to be established near the center of the community, on the farmland that was adjacent to the East Branch of the Rahway River and the railroad tracks.

As discussion about a new municipal building proceeded, public pressure soon altered the plans. Maplewood citizens were concerned about the high costs of the proposed municipal building (this was during the Depression) and about locating the jail near other municipal functions and within a residential district. The local newspaper, The Maplewood News advocated for a new building and suggested that a new Police Department be constructed on Dunnell Road near the Fire Station.

During the discussion of a police headquarters in the 1920s, the Township Committee also re-visited the need for a new municipal building. They cited President Hoover, who stated that in spite of the difficult economic conditions, municipalities should continue with municipal projects, as they would provide work for the un-employed. The Township Committee, led by Mayor John S. DeHart selected the prominent Newark architectural firm Guilbert & Betelle, Architects, to design a new municipal building. (Guilbert & Betelle also designed Columbia High School and several elementary schools in the district.) The building was dedicated in 1931 to the “promotion of good government and civic consciousness.”