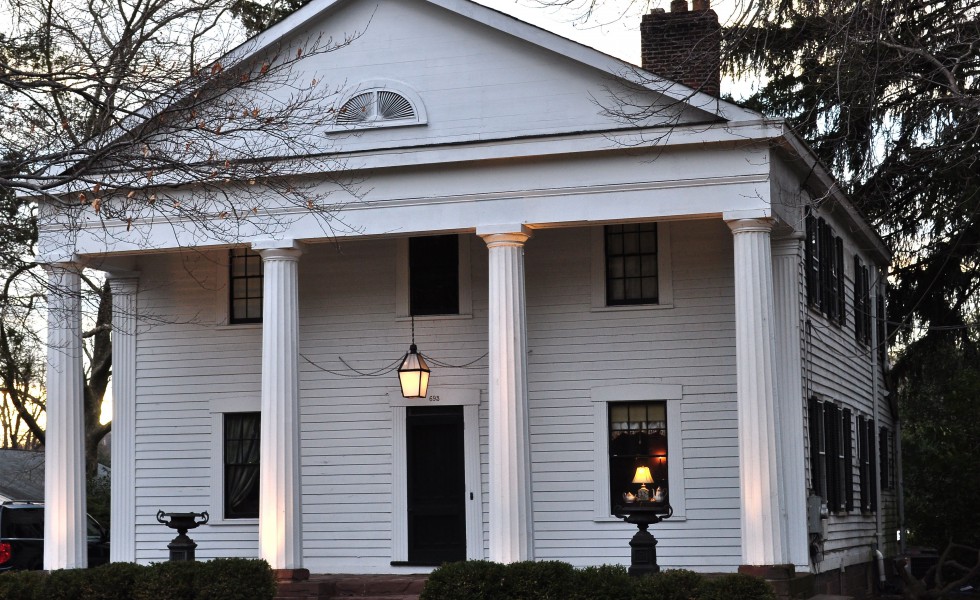 Vaux Hall is of particular historic significance to the Township of Maplewood as a visible reminder of the early agrarian era in Maplewood. The use of the temple-front design is a clear illustration of the level of prominence attained by the Pierson family as major landowners in the area and operators of a gristmill at the site since 1831. It is thought to be the only temple-front “high style” Greek Revival House remaining in Essex County. According to the family, “Vaux Hall” was named for the “pleasure garden” Vaux Hall in London, however the use of Vaux Hall for an area near the Pierson home dates back to the eighteenth century.