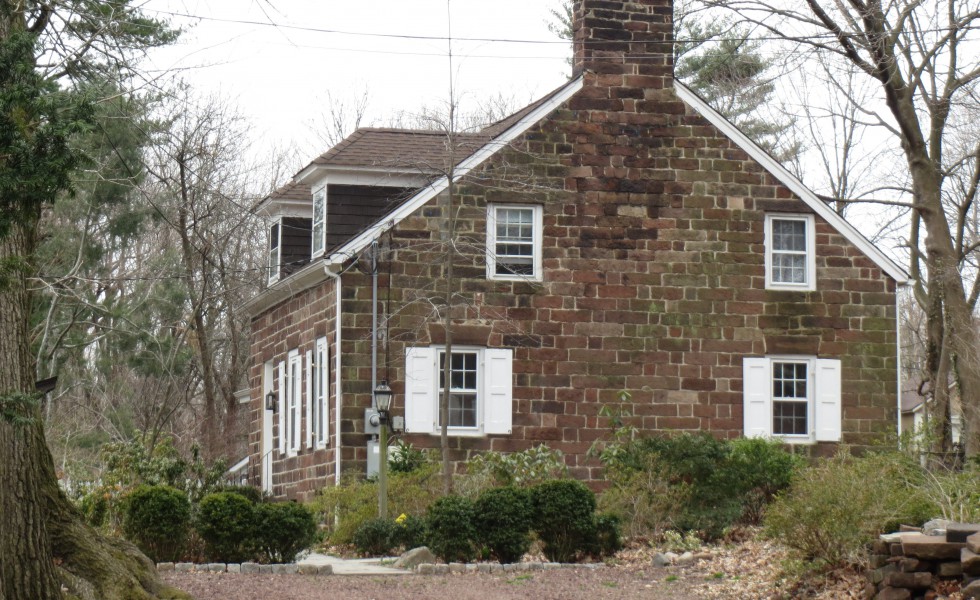 One of the oldest houses in Maplewood, it is also known as the “Montgomery-Ogden House”, the Old Stone House consists of a one-story wood frame 18th century portion with a later early 19th century stone addition, and a mid-20th century one-story wood frame rear addition. The house is located on a site that is approximately ¾ of an acre and is set amidst mature trees and shrubs.

The earliest years of the property are associated with the Pierson family, who owned mills along the east branch of the Rahway River (not thought to relate to the Pierson’s of “Vaux Hall” further to the southwest on Valley Street). A reference in From Maplewood Past and Present indicates that Deacon Joseph Pierson, the son of Deacon Bethuel Pierson, owned and resided in the “stone house situated on the corner of Jefferson Avenue and the Road to Pierson’s Mills.” The original owner and builder of the house may have been Joseph Pierson, Sr. (1693-1759.)

The Old Stone House is one of only two houses recorded by the Historic American Building Survey in Maplewood.